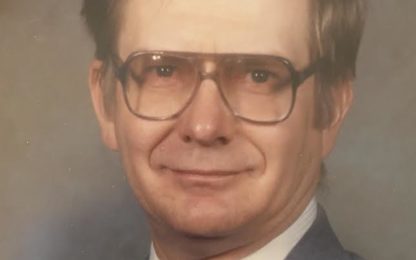 Douglas Reck, age 75, of Danube, died Sunday, March 15, at North Memorial Hospital in Robbinsdale. A private family service will be held. Burial will be at St. Matthew’s Lutheran Cemetery south of Danube. A memorial service will be held at a later date. Arrangements are by Dirks-Blem Funeral Service in Olivia.

Douglas Wayne Reck was born on December 14, 1944 to Oscar and Alma (Schmidt) Reck in Willmar, MN. He grew up on the family farm south of Danube. He graduated from Danube High School in 1962 where he was active in the FFA. After high school he started working full time on the farm with his dad. During the winter months he took Farm Management classes at Ridgewater College in Willmar. Doug was a third generation farmer and farmed land that was originally homesteaded by the family in 1873. He was a lifelong member of the St. Matthew’s Lutheran Church in Danube and was active on the church council for many years. Doug was very mechanical and worked on old tractors, but spent most of his time doing what he loved for 57 years, farming.

Doug was survived by his brother, David Reck of Yucaipa, CA; his niece, Robin Reck; two nephews, Ryan and Randy Reck; his great-nephew, Andre Reck; and two great-nieces, Keilani and Haylee Reck. Doug was preceded in death by his parents, Oscar and Alma Reck.