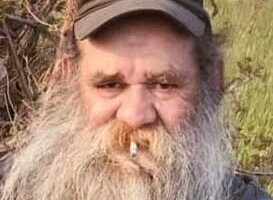 Douglas Edward Scheer, age 67 of Lamberton, passed away Monday, September 5, 2022 at Sanford Worthington Medical Center. Memorial Services will be held at 11:00 a.m. Friday, September 16, 2022 at Redwood Valley Funeral Home. Visitation will be one hour prior to the service at the funeral home. Online condolences may be sent at www.stephensfuneralservice.com.  Stephens Funeral Service – Redwood Valley Funeral Home is assisting the family with arrangements.

Douglas Edward Scheer was born February 22, 1955 in Redwood Falls, Minnesota to Herman and Delores (Pratt) Scheer. He graduated from Redwood Falls High School. Over the years, Doug worked various jobs; anything that was manual labor. He has been described as a man who would “forget his head if it wasn’t attached.” Doug loved hunting in his younger years and spent most of his time fishing. He enjoyed spending time with his good friend, Matthew Mathison. Doug loved Harley Davidson, his dog, Bella, and his world revolved around his grandchildren and great-grandchildren. When leaving, Doug would always say, “It’s not goodbye, it’s see you later.”