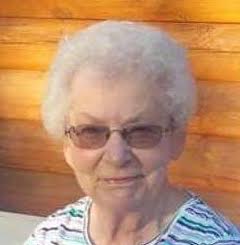 Dorothy Ann Menk age 92 of Alexandria, formerly of Franklin, passed away Wednesday, April 28, 2021 in Alexandria.  In accordance with Dorothy’s wishes, a private family service will be held.  Interment is in the Birch Cooley Cemetery.  Online condolences may be sent at www.stephensfuneralservice.com. Stephens Funeral Service – Redwood Valley Funeral Home is assisting the family with arrangements.

Dorothy Ann Wheaton was born January 14, 1929 to William & Lola (Schoch) Wheaton in Redwood Falls Township.  She attended country school for four years and then Redwood Falls Public School graduating in 1946.  On August 19, 1950, Dorothy was united in marriage to Dennis Menk at St. Catherine’s Catholic Church in Redwood Falls.  Together they lived in Redwood Falls until 1951 when they moved to Franklin.  Dorothy worked at Central Bi-Products, then the PMA Office, which later became the ASC Office in Redwood Falls.  She later worked in the office at the Franklin Public School retiring in 1988 after 25 years.  Early in 1990, Dorothy and Dennis moved to Lake Victoria at Alexandria.  In 2014, they moved to Arabella Manor in Alexandria.  Dorothy was a very good cook, and was known for making special desserts for the family.  She enjoyed crafting and wood working, and loved spending time with family.