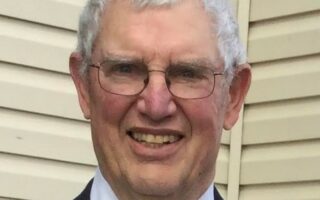 Mass of Christian Burial for Donald Zeug, 82, of Lucan, will be Monday, September 26, 2022, at 10:00 a.m. at St. Michael’s Catholic Church in Milroy. Visitation will be Sunday from 4:00 until 7:00 p.m., with a rosary at 4:00 p.m. and a prayer service at 6:45 p.m., and will continue one hour prior to the service at the church. Interment with military honors will follow the service at St. Michael’s Catholic Cemetery in Milroy. Arrangements are with Horvath Funeral Service of Marshall, www.horvathfuneralservice.com.

Donald LeRoy Zeug was born on January 12, 1940, on the family farm in Johnsonville Township, to Joseph and Mary (Tompkins) Zeug. Donald grew up on the farm and attended country school before graduating from Walnut Grove High School. He went to the University of Minnesota for agriculture for one year. Donald served in the Army Reserves from 1961 until 1966. On September 19, 1964, he was united in marriage to Alice Timmerman at St. Mary’s Catholic Church in Tracy. The couple met at a dance in Ghent, and they always enjoyed dancing together, especially the polka. They raised their family on the farm between Lucan and Milroy, where they lived for over 50 years.

Donald was a patient and kind man who led by example. Donald’s faith was very important to him. He was a member of the 3rd Degree Knights of Columbus in Tracy, and the 4th Degree Knights of Columbus in Marshall. He held offices for both organizations for many years. He was also on the County and State Pork Producers Board of Directors. In his free time, Donald enjoyed fishing and waterskiing, and he was an avid Gophers, Vikings, and Packers fan. He especially enjoyed attending his children and grandchildren’s activities and events.

In lieu of flowers, memorials are preferred.