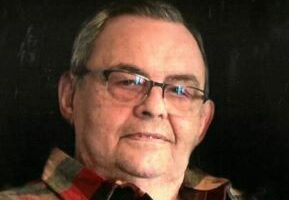 The funeral service for Donald Miller, 79, of Wood Lake, will be at 10:30 a.m. on Saturday, November 26, 2022, at St. Luke’s Lutheran Church in Posen Township. Visitation will be Friday from 5:00 until 7:00 p.m. at the church, with a prayer service at 7:00 p.m. Visitation will continue one hour prior to the service. Interment will follow at St. Luke’s Lutheran Cemetery. A recording of the service will be available later at www.sunsetfuneralassocation.com.

Donald George Miller was born on December 27, 1942, in Granite Falls, MN, to Wilfred and Duella (Thomasson) Miller. Donald grew up on a farm outside of Wood Lake. He attended St. Luke’s Parochial School through the eighth grade, then graduated from Echo High School. On November 18, 1961, Donald was united in marriage to his high school sweetheart, Phyllis Hanson, at Rock Valle Lutheran Church north of Echo. The couple farmed until 1987, when they moved to Vesta. They owned and operated the Vesta Café for twelve years, and then Donald worked for Hoffco until his retirement in 2008. Donald enjoyed camping and traveling to Branson, MO, and Medora, ND. He was very involved in the community, serving on the Echo School Board and Vesta City Council. He was an active member of St. Luke’s Lutheran Church as an elder and chairman of the congregation, as well as singing in the choir for many years. Donald had a very strong work ethic which he was proud to have passed down to his children. His grandchildren and great-grandchildren were the light of his life, and he cherished time spent with family.