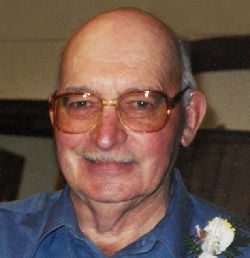 Donald Paul Johnson, age 88 of Morgan, passed away Thursday, June 23, 2022 at Gil-Mor Manor Nursing Home in Morgan.  Memorial Services will be held at 2:00 p.m. Monday, June 27, 2022 at United Methodist Church in Morgan.  Visitation will be one hour prior to the service at church on Monday.  Interment will be in the Morgan City Cemetery.  Online condolences may be sent at www.stephensfuneralservice.com. Stephens Funeral Service – Redwood Valley Funeral Home is assisting the family with arrangements.

Donald “Don” Paul Johnson was born October 1, 1933 to Paul and Agnes (Mills) Johnson in Brookville Township, Redwood County, Minnesota.  He was baptized at Morgan Presbyterian Church and attended Morgan Schools.  On June 28, 1952, he married the love of his life, Betty Lou Lynch, at Morgan Presbyterian Church.  Don held many jobs though out his life.  He owned and operated a canned milk truck route and was a truck and school bus driver for Bud Ward.  He was also the movie projectionist at the Morgan Theater and later worked for Morgan Grain & Feed for over 40 years.  Don volunteered within the community and several organizations such as We Care and Meals on Wheels.  He was an active member of Morgan United Methodist Church.  Don was a gifted musician who had the ability to play almost any string instrument he tried.  He was actively involved in a variety of music groups and was a patient teacher who shared his talent with many family and friends.  Don was known for his legendary garden and shared with many.  He enjoyed coin collecting and reading.

Donald is survived by his wife Betty of 70 years; children: Milton (Jan), Lonny (Pat), Nancy (George) Gewerth, Brian (Jane), Brad (Dee) and Jim (Tracy); 12 grandchildren; 19 great grandchildren; and many other relatives and friends. He is preceded in death by his parents, Paul and Agnes, sister Mary Domeier and brother-in-law Ed Domeier.