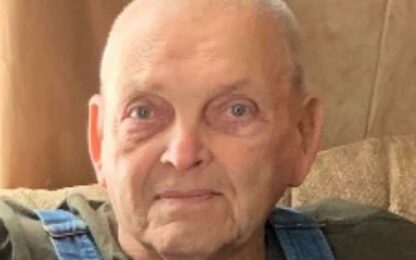 Donald E. Verdick (“Gasey”), age 87 of Tracy, passed away Saturday, December 18, 2021 at Sanford Tracy Medical Center.  A Celebration of Life will be held 4:00-7:00 p.m. Monday, December 27, 2021 at the Eagles Club in Tracy with a time to share memories at 7:00 p.m. Online condolences may be sent at www.stephensfuneralservice.com.  Stephens Funeral Service – Tracy Area Funeral Home is assisting the family with arrangements.

Donald “Gasey” Edward Verdick was born January 19, 1934 to Henry and Ruth (Willis) Verdick in Jackson, Minnesota. He was baptized and confirmed in the catholic faith. Gasey attended school in Alpha and Jackson. He later joined the Navy at 17 years old and served during the Korean Conflict. When he was honorably discharged from the Navy, he worked at the elevators in Alpha, MN and Hartley, IA. He then moved to Tracy and worked for People’s Natural Gas, until his retirement in 1992.  In 1970, Gasey was united in marriage to Sandy. To this union two daughters were born, Hope and Geri, the couple later divorced. Gasey was a member of the Eagles Club, American Legion, Ducks Unlimited, Pheasants Forever, and VFW. Some of his favorite hobbies included, collecting coins & prints, hauling rock, and building & maintaining duck houses. Gasey enjoyed spending time at the lake with his family and friends and watching wildlife. He also loved watching sports on TV and Wheel of Fortune. Gasey was famous for giving people nicknames. He will be greatly missed.

Donald is survived by his daughter: Hope (Russ) Edwards of Tracy; grandchildren: Blaine Edwards of Estelline, SD, Lindsy Edwards of Estelline, SD, Alyssa & Tyler Gates; great-grandson: Simon of Rapid City, SD and grandson, Bryce Edwards of Tracy; daughter, Geri Mattson (significant other Mark Pohlen) of Tracy; grandchildren: Hailey Erbes of Tracy, Allen (fiancée Kalei Wilson) Erbes of Hutchinson, and Madison Majeres of Hutchinson; step-children: LaRae and Kenny Ackerman of Mankato and their children, Nick and Kendra, Mike and Stephanie Persons of Shakopee and their children, Mitch and Melanie, Kari and Dean Beierman of Tracy and their children, Ben, Matt, Brienna, Andy, and Lexi; sister, Gwen Mayer of St. Paul; and by many nieces, nephews and friends. He is preceded in death by his parents, Henry and Ruth Verdick, siblings: Gerry, Jackie, Bill, Jay, and Florence “Annie”, son-in-law, Marc Mattson, step-grandchild, Nate Ackerman, and his dogs that were very special to him.