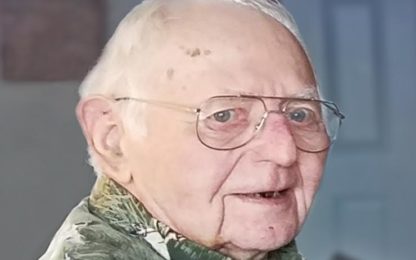 Donald Duane Schaffran, age 88 of Walnut Grove, passed away Wednesday, July 21, 2021 at Our House Hospice of Murray County in Slayton.  Funeral Services will be held at 1:30 p.m. Monday, July 26, 2021 at the Walnut Grove United Methodist Church.  Visitation will be 4:00-7:00 p.m. Sunday, July 25 at Walnut Grove Funeral Home and will continue one hour prior to the service at church on Monday.  Interment will be in the Johnsonville Lutheran Cemetery near Lucan.  Online condolences may be sent at www.stephensfuneralservice.com.  Stephens Funeral Service – Walnut Grove Funeral Home is assisting the family with arrangements.

Donald Duane Schaffran was born on October 24, 1932 to Bernard and Bertha (Bittner) Schaffran and raised on the family farm north of Revere in Johnsonville Township, Redwood County, Minnesota.  He was baptized and confirmed in the Lutheran Faith at Johnsonville Lutheran Church.  Don attended country school across the road from where he lived and graduated from Lamberton High School.  On August 28, 1955 he was united in marriage to Esther Pauline Johnson and together they began their family journey.  Don continued to operate the family farm and also drove truck during this time for various companies.  Over the years, he served on church council and township board.  He enjoyed spending time with his children and grandchildren.  He also enjoyed hunting, fishing, softball, playing cards & games, especially Yahtzee.  Talking was Don’s passion, and he loved visiting with people and telling stories.  Don moved into assisted living at Country View Senior Living Center in January of 2020.