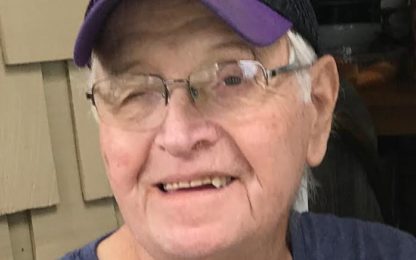 Donald “Don” Williams, age 81 of Morgan, passed away July 16, 2021 at his home, following a courageous battle with cancer.  A private family gathering will be held. Online condolences may be sent at www.stephensfuneralservice.com. Stephens Funeral Service – Redwood Valley Funeral Home is assisting the family with arrangements.

Donald “Don” Williams was born June 27, 1940 in Echo, Minnesota to Frank and Adeline (Marquardt) Williams.  He grew up south of Redwood Falls, and graduated from Redwood Falls High School in 1959.  On July 7, 1962, Don was united in marriage to Carol Kretsch at St. Catherine’s Catholic Church in Redwood Falls.  Don and Carol owned and operated D.A. Williams Feed Transit, and retired in 1998.  Don enjoyed fishing, traveling, and woodworking.

Don is survived by his wife, Carol; children: Sandy (Craig) Weerts of Springfield and Jesse Williams of Shakopee; grandchildren: Robert and Austin; great-grandson Jaxon; and brothers: Woody (Bev) of New London and Bob (Karen) of Willmar.  He is preceded in death by his parents, his son Todd, and his mother-in-law.