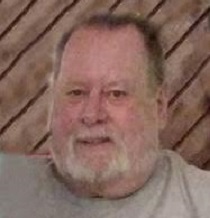 David Wilson, age 74, of Renville, MN died on Saturday, February 12, 2022 at the Olivia Hospital. Public visitation will be at Dirks-Blem Funeral Home in Renville on Saturday, February 19, 2022 from 10 a.m. to 12 p.m. with burial to follow at Fairview Cemetery. Military honors by Renville American Legion and V.F.W. Arrangements by Dirks-Blem Funeral Service of Renville.

David Orlo Wilson was born on November 5, 1947 in Morris, MN to Donald and Nadine (Lundquist) Wilson. He grew up on the family farm near Hancock, MN. He graduated from Hancock High School in 1965.  David served his country in Vietnam for 18 months as a member of the United States Army. He had various jobs throughout his life including welding, farming, and driving truck. He owned and operated semi trucks and a freight dispatch company and sold insurance in his later years. On January 3, 1968, David met the love of his life, Martha “Marty” Quade. They were united in marriage on June 6, 1970 at Grace Lutheran Church in Fairmont, MN. Their marriage was blessed with two daughters, Kari and Sara. They lived in Richfield and Redwood Falls before settling in Renville in 1992. David was baptized as an adult at First Lutheran Church in Renville where he and Marty were members. Together they enjoyed traveling; their favorite trips were to Germany, northern Minnesota, and Kentucky to visit family. When he was hauling cattle throughout the United States, Marty would often ride with so they could see the U.S. together. He enjoyed being outdoors on the water, boating and fishing in both the summer and winter. Camping around Minnesota was one of his favorite things to do with his family. He loved polka music and enjoyed going to dances with Marty. David loved his grandchildren fiercely. Living next door he played a big role in teaching them important life lessons and skills such as mowing lawn and moving snow. He had a lot of fun reliving his youth with both his grandsons and granddaughter. His most common responses “in a minute” or “almost” showed that he was always on his own timing. David will be remembered for his ability to talk with anyone and his quick wit.

David is survived by his wife, Martha “Marty” Wilson; his daughter, Sara Wilson; his grandchildren: Tanner, Tate, and Greta Wilson; his great-grandson, Ethan James Orlo Wilson; his special aunt, Thelma; his many nieces, nephews, and cousins; his sister-in-law, Chris Quade; and his half brother, Orrin Wilson. David was preceded in death by his grandparents; his parents, Donald and Nadine; his stepmother, Minnie; his daughter, Kari; his sisters, Romily Cassida and Nancy Roles; his aunt and uncles; his special uncle, Edward; and two brothers-in-law, Karl and Paul Quade.