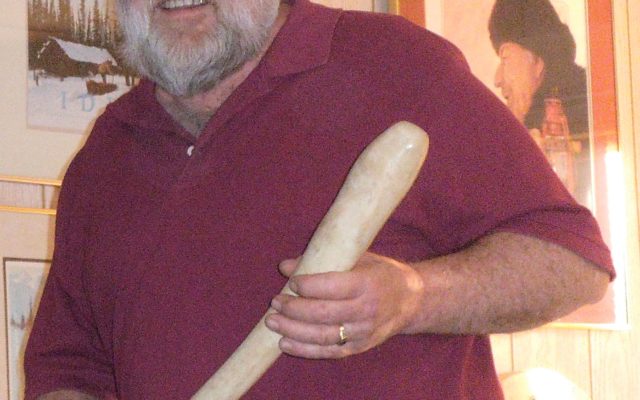 David Charles Stevens, age 69 of Louisburg, passed away Tuesday, August 18, 2020 at Franklin Rehabilitation and Healthcare Centre from the effects of Lewy Body Dementia. Private services and Interment will be held at a later date.  Online condolences may be sent at www.stephensfuneralservice.com. Stephens Funeral Service – Tracy Area Funeral Home is assisting the family with arrangements.

David (Dave to most and Boo to childhood friends) Charles Stevens, of Louisburg, the first of two children of Charles and Myrtle (nee Manthie) Stevens, was born on October 6, 1950 in Denver, Colorado.  Dave grew up in Appleton, MN, where his childhood pursuits, which would become his lifelong passions, included duck hunting, fireworks, food preparation, small business, and spending time with his dogs. His creativity and sense of humor would also be a constant throughout his life at work, travel, and play. After graduating from Appleton High School, Dave studied at the University of MN Crookston for a degree in Resource Management and Hotel, Restaurant, and Institute Management. While there, Dave and his fellow student housemates generated many laughs with their fun-filled antics, stories of which Dave could call upon to make us laugh years later.  Dave’s education continued over his lifetime, receiving his BA from Southwest State University in Marshall in Hotel, Restaurant and Institution Management and his MSc in Hospitality Management at Florida International University in Miami in 1982.

In 1973 Dave’s spirit of adventure took him to Canada where he found himself in a variety of challenging positions such as the Night Manager at Minaki Lodge, in Ontario and the Assistant Manager for Ponderosa Steakhouse in Winnipeg, MB. It was here that Dave’s mischievous spirit rose to new heights when he was ordered by his district manager to build a wooden western style wooden fence in front of the restaurant, in minus 40-degree weather.  Dave utilized his creative nature to complete the ridiculous assignment by having his crew freeze the posts in place with water, which worked fine, until the spring thaw. However, by the time the warmer temperatures arrived, Dave had left for greener pastures to work as an Engineering Assistant with the Province of Manitoba’s Department of Natural Resources.

After two years of travelling Manitoba’s north country Dave left Canada in 1977 to begin the “Alaska” chapter of his life as the General Manager of the Klondike Hotel in Skagway, Alaska. It was during this time in Skagway that Dave won the opportunity for a guided excursion on the ice flows to hunt a walrus, the mounted head of which was always on display in his homes for the rest of his life. In 1980 Dave was drawn to the warmer climate of Florida where he held the position as V.P. for Campertown. It was during his time in Florida working with R.V.s that Dave conceived of the idea of Alaska-Yukon Caravans, a company that would provide RV owners with the opportunity to tour Alaska and the Yukon as part of a “wagon train” of like-mined adventure seekers.  So in 1983 he “staked his claim” to start his business and moved to Hyder, Alaska where after almost a decade of caravanning up and down the west coast, he shifted businesses and took over as owner of the Canal Trading Post in Hyder.

Dave’s thirst for new challenges saw him leave Hyder a few years later and begin his travels to China and Greenland to explore opportunities and develop new ideas.  While hunting muskox in Greenland he came up with the idea to create food product from Greenland seals and a processing factory in China.  Dave continued to visit China over the last 20 years of his life, returning each year to his homestead in Louisburg. It was during these times in Louisburg where Dave could be found entertaining friends and neighbors with tales of his many travels and adventures. These storytelling sessions, which always generated much laughter, will be greatly missed by all of us who knew Dave and enjoyed his friendship over the years.

Dave is survived by his brother Dan of Appleton; nephew Ty of California; many long-time friends; and several cousins. He is preceded in death by his parents and several other relatives.