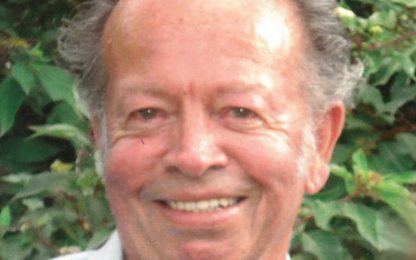 David Charles Snyder, age 76 of Milroy, passed away unexpectedly Monday, June 7, 2021 at his home.  Visitation will be held on Friday, June 11, 2021 from 3:00-7:00 p.m. at the Tracy Area Funeral Home with a Celebration of Life at 4:00 pm.  A time of reminiscing and socializing will be held at the Milroy Legion following the service.  Interment will be at a later date. Online condolences may be sent at www.stephensfuneralservice.com.  Stephens Funeral Service – Tracy Area Funeral Home is assisting the family with arrangements.

David Charles Snyder was born December 13, 1944 to Gerald and Lorraine (Parker) Snyder in Willmar, Minnesota.  He graduated from Milroy High School in 1962.  On August 18, 1962, David married the love of his life Carole Allex.  The couple settled near Milroy on a farm.  David worked repairing elevators and farmed with his dad and brother Gerry.  Later he owned and operated Snyder General Repair, while he continued to farm.  David was a Jack of All Trades and would help anyone who needed car repairs.  David was always willing to lend a hand.  For over 50 years, David drove snowplow for Westline Township.  He was a member of the Shades of Past car club, Pheasants Forever, Southwest Sportsmen’s Trap Shooting Club, NRA, and Night Owls snowmobile club.  David enjoyed racing his car, 39x at local tracks.  After he retired from racing, he continued to help his sons, Brad, Ben and grandson, Adam as the car owner/crew chief/head mechanic of race cars, #40 and #41. He also helped out at Wrenchers in Milroy, running for parts or helping out every day as needed.  David loved camping with the whole family, snowmobile trips up north and Sunday cruises on the pontoon.