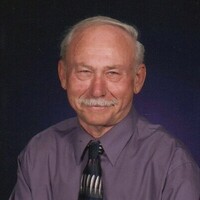 Darryl Eugene Weiss was born on August 18, 1941, to Harold Sr. and Sarah (Miller) Weiss in Sioux Agency Township, Echo, MN.  He was baptized on September 17, 1941, and confirmed on May 29, 1955, at Peace Lutheran Church in Echo. He graduated from Echo High School in 1959.  Darryl was united in marriage to Elaine Berends on January 17, 1964, at Bethany Reformed Church in Clara City. To this union three daughters were born: Lori, Ronda, and Sara. They made their home in Echo.

Darryl served his country for 6 years in the Army National Guard until 1968. Upon his honorable discharge from the Army, he was very active in the Echo community.  He worked as a farmer on the family farm, the Farmers Elevator, and the Farmers Co-op of Echo. He was a life-long member of Peace Lutheran Church.  He served on the Peace Lutheran Church Board, Echo Public School Board, Echo City Council, and the American Legion. Darryl was a member of the Echo Fire Department, serving 25 years from 1972-1997, Fire Chief from 1978-1982, and Captain of Company #2 from 1983-1985. He also was a First Responder for 15 years.  Darryl was loved and respected by many students who rode on his school bus during his 13 years driving.

Darryl was called home to be with the Lord on Friday, January 14, 2022, at Avera Marshall Regional Medical Center.  He will be remembered as a strong Christian man who loved his family deeply. He raised his family to believe in the Lord and to work hard every day for the blessings we receive. Darryl was loved by many.