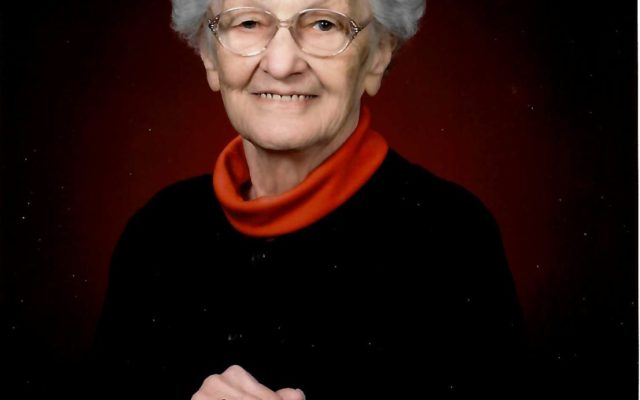 Clarice Mae King, age 91, of Renville, died Wednesday, February 10, 2021, at Knute Nelson Care Center in Alexandria.  Funeral services will be held on Tuesday, February 16, 2021, at 1:00 p.m. at First Lutheran Church in Renville.  The Rev. Jane Crawford will officiate.  Burial will be in Fairview Cemetery in Renville.  Visitation will be on Tuesday one hour prior to the services at the church.  Arrangements are with Dirks-Blem Funeral Service, Renville, MN.

A livestream of Clarice’s funeral service can be seen at https://my.gather.app/remember/clarice-king

Clarice Mae King was born on November 24, 1929, in Danube, Minnesota to Harold P. and Hazel M. (Peterson) Snicker.   She attended Renville County Country School, Bird Island Public Schools, and Olivia High School.  She had a 9th grade education and attended a dressmaking course.  She was united in marriage to Melvin Ray King on July 11, 1949, in Willmar, Minnesota. Following their marriage, they lived in Renville. In 1953, they moved to a farm south of Renville and lived there until moving back into Renville in 1989. Clarice worked at the RenVilla Nursing Home for many years.  She loved gardening, sewing, embroidery, jigsaw puzzles, playing Bingo, and watching her grandchildren play. Clarice was a longtime active member of First Lutheran Church in Renville.

She was preceded in death by her parents, her husband Melvin and her brother Lowell, and sisters Arlette and Marillyn, and son-in-law Mike Houdek.