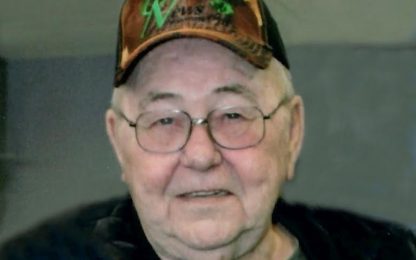 Charles Doering, age 75, of Hector, MN died on Tuesday, March 16, 2021 at the RenVilla Healthcare Center in Renville. A private memorial service will be held at the Dirks-Blem Funeral Home in Olivia with Pastor Matt Hausken officiating. Burial in the Olivia cemetery will be at a later date.

Charles Ralph Doering was born on August 2, 1945 at Rice Memorial Hospital in Willmar to Ralph and Elizabeth (Schroer) Doering. He was raised in Atwater with his four brothers and two sisters. Charles attended Atwater High School. He was drafted into the Vietnam War right after school. While home on leave, he met the love of his life, Karen Schanke. They were united in marriage on October 26, 1966 in Minneapolis. Their marriage was blessed with three children: Timothy, Shannon, and Scott. Charles spent over 40 years driving truck and he loved every minute of it. When he wasn’t on the road, he made sure to spend time making memories with his family. They enjoyed camping and day trips to various parks around Minnesota. He liked going fishing, deer hunting, and playing cards particularly Contract rummy and Crazy 8. If you knew Charles you knew that he could be a grizzly bear, especially when it came to protecting his grandchildren, but was actually more of a teddy bear. He was a pleasant guy that was always laughing and could talk anyone’s ear off. Charles will be remembered for his larger than life presence, being outgoing, and his immeasurable love for his family.

Charles is survived by his loving wife of 54 years, Karen of Hector; his three children: Timothy (Dana) Doering of Cold Spring, Shannon (Robert) Gipaya of Honolulu, Hawaii, and Scott Doering of Hector; his grandchildren: Alyssa (Phillip) Kurth, Danielle Standfield, and Casey & Carson Gipaya; his great-grandchildren, Jaxson and Maddox Kurth; his siblings: Lawrence Doering, Alice Houck, and Donna Doering; and many nieces, nephews, and other family members. Charles was preceded in death by his grandparents; parents; his grandson, Justin Kalenberg; and his brothers: Dan, James, and Mike Doering.