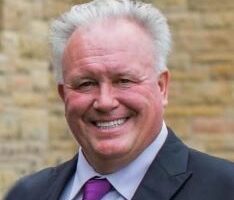 Charles “Chuck” Amberg, age 59, of Bird Island, MN passed away on Sunday, December 4, 2022. Mass of Christian Burial will be on Wednesday, December 14, 2022 at 1:15 p.m. at St. Mary’s Catholic Church in Bird Island with Rev. George Schmit as celebrant. Burial will be in the church cemetery. Visitation will be on Tuesday, December 13, from 4 to 6 p.m. at Dirks-Blem Funeral Home with a prayer service at 6 p.m. and will continue one hour prior to the service at the church on Wednesday. In lieu of flowers, the family has requested that donations be made to St. Mary’s Catholic School in Bird Island.

Charles Douglas Amberg was born December 10, 1962 in Olivia, MN to Douglas and Margaret “Mugs” (Brandt) Amberg. He grew up on the family farm outside of Bird Island. Chuck graduated from Bird Island Lake Lillian School in 1981 and continued his education at Willmar Vo-Tech College. He was a life-long learner; taking numerous classes to gain more knowledge about his passion, agriculture. If you had a question about new technology or the markets, he had the answers. Chuck was a hard working man that meticulously kept his family farm operating. He volunteered his time with the church by serving on the finance committee and doing snow removal, as well as within his community at the Renville County Fair, an election judge and as a member of the township board. He was a lover of animals, especially his beloved dogs, barn cats, and his daughter’s cattle. He enjoyed an active social life, spending time with friends, attending concerts, hockey games, traveling the world, or enjoying time at the lake. Chuck was a generous, genuine, and caring man. He loved his kids more than anything, yes even farming, and after becoming a grandpa three years ago, this love only grew. His legacy of faith, farming, and family will live on through his loved ones.

Chuck is survived by his children, Sutton (and Sarah) Amberg and Raquel (and Matthew) Anderson; his grandchildren, Tessa and Oliver Amberg and Whitley Anderson; and many other relatives and friends. Chuck was preceded in death by his parents, Douglas and Mugs, and infant brother, Steven Amberg.