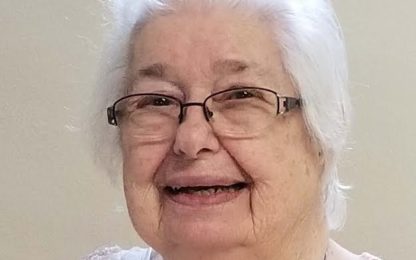 There will be a private family service on Friday, May 15, at St. Paul Lutheran Cemetery in Springfield.

The family is planning a memorial service later this summer.

Carol DiAnn Meidl was born on July 28, 1936 at the Old St. John Hospital in Springfield, the fourth child of Erna (Haseleu) Wendt and Albert G. Wendt. She was baptized and confirmed at St. Paul Lutheran Church by Rev. Max von Fischer. Carol graduated with the class of 1954 from Springfield High School. On October 20, 1956, Carol was married to Edward Meidl by Rev. Max von Fischer. Carol was a lifetime member of St Paul Lutheran Church where she was a Sunday School and Bible School teacher and served on the altar guild. She served as president of the Hospital Auxiliary, secretary of St. John Lutheran Home Auxiliary, representative for SANTA, organizer of the crafters at Christmas in July, and a volunteer at St. John Lutheran Home. Carol was employed by New Ulm Rural Telephone Company, Pantry Grocery, St. John Lutheran Home in the Activities Department, Habilitation Services, Inc. of New Ulm, as well as drove school bus for Springfield Schools. She enjoyed time with her grandchildren, especially when they would spend part of their summers at their farm. They would be entertained by touring and staying at the Sod House, traveling to Okoboji, Ramsey Park in Redwood and Schell’s Park in New Ulm, tea parties, and swimming at the pool. Carol also enjoyed being outside, baking, cooking, crocheting, reading, collecting antiques, angels, and Precious Moments figurines.