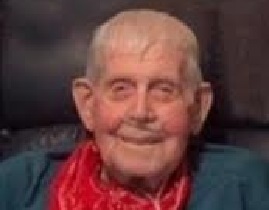 A private family funeral service for Carlyle “Butch” Anderson, 76, of Belview, will be held on Tuesday, February 9, 2021, at Our Savior’s Lutheran Church in Belview. A public walk-through visitation will be held on Monday from 4:00 until 6:00 p.m. at the church. Visitation will continue from 10:00 until 11:00 a.m. on Tuesday, and a livestream of the service will be available at 11:00 a.m. at www.youtube.com/oursaviorsbelview. Interment will follow the service at the Belview Community Cemetery. Mask and social distancing requirements will be observed at all indoor services.

Carlyle “Butch” Leroy Anderson was born on February 20, 1944, in Echo, to Clarence “Casey” and Florence (Hagen) Anderson. Butch grew up in Belview, was baptized and confirmed at Our Savior’s Lutheran Church, and graduated from Belview High School in 1962. After high school, he moved to Minneapolis to work for General Mills. He moved back home to help his dad with carpentry. On July 11, 1964, Butch was united in marriage to Janet Kasten at Peace Lutheran Church in Echo. The couple was blessed with four children, Joy, Jill, Dan, and Julie. Butch worked as an electrician for Hegdahl Electric and Anderson Electric for 32 years, then worked for Southern Minnesota Beet Sugar Cooperative until his retirement in 2009. Butch was a member of the Belview Fire Department, Ambulance, and Booster Club for 26 years. Butch was very involved with Our Savior’s Lutheran Church, serving as an usher for many years.

Butch was proud of his cabin in the woods, having prepared the land and built the cabin himself. The family spent many summer nights camping and spending time around the bonfire. Butch spent free time hunting and fishing with his son, family, and friends. Butch enjoyed Don Williams and the Statler Brothers, old time music, and going to blue grass festivals. He enjoyed spending time with family and friends, and just having a good time, including meeting with his “coffee club.”