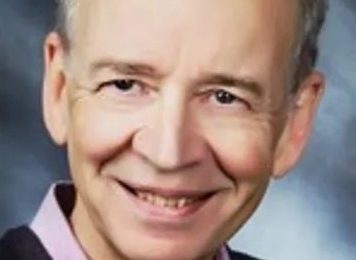 Funeral Services will be held at Boldt Funeral Home, Faribault, on Saturday, September 11, 2021, at 1:00 p.m. with Father Henry L. Doyle, officiating. Interment will be at Maple Lawn Cemetery, Faribault. Military Rites will be provided by Rice County Central Veterans Association.

Bruce Wendell was born on August 10, 1943, in Echo, Minnesota, the fourth of six children to Darold and Gladys (Kaale) Krinke. He attended Belview Public Schools and graduated in 1961. Bruce proudly served his country by enlisting in the United States Army in 1963. He was honorably discharged in 1965. After his discharge, he attended Brown Institute in Minneapolis for Radio Broadcasting. Then, he came to work at KDHL in Faribault in 1966 and earned $90/week. Later Bruce worked for Mr. Quick restaurant, Investment Rarities and was the Executive Director of Faribault Community Television for over 16 years.

Bruce enjoyed being active in the Faribault community. Over the years, Bruce was active in many clubs and organizations. He served on the Faribault Public Schools School Board for seven and a half years, Faribault Senior Center’s Board for six years, co-chaired the United Way for one year, Faribault Park and Rec’s Board for two years, Chairman for Bruce Smith Golf Classic for over 25 years, was a member of the Jaycees, Chairman of the Falcon Trust Association for 15 years and a member for 20 years, committee member of Immaculate Conception Church Festival and helped with the Community Thanksgiving Dinner for over ten years.

He announced numerous parades, was the public announcer for Falcon Boys Basketball for 30 years and ran the scoreboard for Falcon Football for over 15 years. He played Laker Baseball, church softball and city league basketball and volleyball.

He was preceded in death by his parents; and one brother-in-law, Michael Gilland.

Visit boldtfuneralhome.com for information and guestbook.