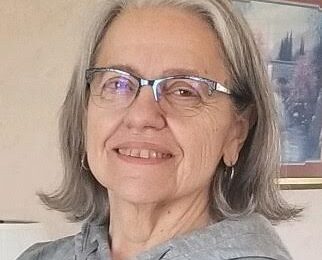 Ardyce Marie (Werner) Minnig was born May 19, 1948, in Redwood Falls, to Arthur and Leona (Gilb) Werner. She grew up on a farm near Wabasso and attended school in Wabasso. Ardyce attended vocational school in Mankato, then worked at a phone company in Clements for a time. Ardyce was united in marriage to Donald Balko, and the couple moved to Amboy, IL. They had two children, John and Tanya. The family moved back to a farm near Wabasso, and after Donald’s death in 1980, Ardyce moved with her children into Wabasso. In 1986, Ardyce was united in marriage to Bill Minnig, and with his children Ryan and Jennifer, the family lived on a farm near Milroy. In addition to helping on the farm, Ardyce worked at the Wabasso Farm Bureau and Lyle Porter Accounting in Tracy. After Bill’s death in 2000, she worked at the Tracy nursing home. She moved to Maplewood in 2005, then Marshall in 2012. Most recently Ardyce was working as the property manager at Country Club Estates in Marshall.

Ardyce loved her family and any excuse to be with them. She especially enjoyed time spent with her children and grandchildren. Ardyce took her children camping, making it to almost every Minnesota state park during their youth. She also kept the next generation connected through birthday parties and family reunions. Ardyce also enjoyed gardening and taking care of her flowers.

Ardyce died on Thursday, December 2, 2021, at the Avera Marshall Regional Medical Center. She is survived by her son Ryan (Angie) Minnig, their children Catherine and William, of Parker, CO; son John Balko (fiancée May Yang) of Minnetonka; daughter Jennifer (Jason) Tibbetts, their children Sander and Conner, of Cloquet; daughter Tanya Balko of Marshall; siblings Leeun Werner and Fernetta Brown; as well as many nieces, nephews, relatives, and friends. She was preceded in death by her parents Arthur and Leona Werner, husbands Donald Balko and Bill Minnig, and brothers Gilbert and Dale Werner.