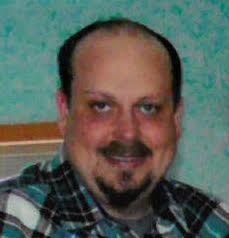 Andrew John Rohlik, age 41 of Sauk Centre, formerly of Lucan, passed away unexpectedly after a brief illness on Friday, January 7, 2022 at Centracare Sauk Centre. Mass of Christian Burial will be held at 11:00 a.m. Tuesday, January 11, 2022 at Our Lady of Victory Catholic Church in Lucan. Visitation will be 10:00 – 11:00 a.m. Tuesday at the church, with a Rosary service at 9:30 a.m. Burial will be held at a later date in the church cemetery. Online condolences may be sent at www.stephensfuneralservice.com. Stephens Funeral Service – Redwood Valley Funeral Home is assisting the family with arrangements.

Andrew John Rohlik was born October 25, 1980 in Redwood Falls, Minnesota to Michael and Annette (Boerboom) Rohlik. He received the sacraments in the Catholic faith. He attended and graduated from Wabasso High School where he was on the golf team. After graduation, Andy served for over three years in the US Navy aboard a carrier, which was involved in the response following the 9/11 attack. Following his service in the Navy, Andy attended Le Cordon Bleu and graduated in 2005. He loved cooking and earned the privilege to travel to France where he worked as a chef. After returning to Minnesota, Andy worked at various restaurants over the years. He loved camping and spending time with his family, especially his nieces and nephews, and he loved playing games with them. Andy experienced many struggles throughout his life, but he is now at home with his Savior.

Andy is survived by his parents, Michael and Annette Rohlik of Lucan; sisters: Monica (Greg) Allum of West St. Paul and Brenda (Kirk) Lindner of Chisago City; nieces and nephews: Kirsten Allum, Caleb, Arrianna, Simon, and Vivien Lindner; and many aunts, uncles, cousins, and friends. He is preceded in death by his grandparents: Lawrence and Leona Rohlik, and Francis and Alice Boerboom.