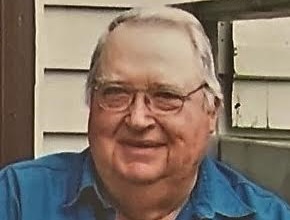 Allan was born on January 31, 1939 to Joseph and Anna (Reding) Hacker in Morgan, Minnesota. Allan grew up on the family farm by Morgan, attended St. Michael’s Catholic School till the 8th grade. Allan married Ruth Kunz on June 6, 1964 at Mater Dolorosa Catholic Church in Madelia, Minnesota. Together they farmed and raised their children, a son and a daughter.

Allan was a life-long member of St. Michael’s Catholic Church, where he was involved with Knights of Columbus and served on the St. Michael’s Parish Board. He was also active in the New Ulm Gem & Mineral Club, serving as a president, and Morgan Lions Club.

Allan enjoyed rock hunting, jewelry making, fishing, being at the cabin on Smith Lake, woodworking, farming, watching the Vikings, Twins and Gophers. And above all he enjoyed watching his grandchildren grow up.