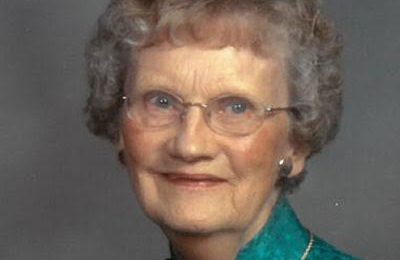 Algene Clarice Leiferman, age 95 of Walnut Grove, passed away Thursday, February 13, 2020 at New Perspective Senior Living in Mankato. Funeral Services will be held at 11:00 a.m. Wednesday, February 19 at English Lutheran Church in Walnut Grove.  Visitation will be held one hour prior to services at church on Wednesday.  Interment is in the Walnut Grove Cemetery.  Memorials are preferred to Mayo Hospice of Mankato.  Online condolences may be sent at www.stephensfuneralservice.com. Stephens Funeral Service – Walnut Grove Funeral Home is assisting the family with arrangements.

Algene was born June 10 1924 in Westbrook Township, Cottonwood County, MN to Clarence & Alice (Sandbo) Hanson.  She was baptized July 6, 1924 and confirmed June 18, 1939 both at Trinity Lutheran Church in Westbrook.  Algene attended country school district 68 near Westbrook until 8th grade, and then attended high school in Westbrook graduating in 1942.  She then enrolled at Mankato Commercial College in the fall of 1942, finishing in May 1943.  Algene went to work at Mankato Savings and Building Association as a secretary/bookkeeper.  She later worked at Will Auto Company of Mapleton as a bookkeeper.  On June 9, 1947, Algene was united in marriage to Bernard Leiferman at Trinity Lutheran Church in Westbrook.  The couple made their home on a farm near Walnut Grove for several years before moving into Walnut Grove.  Algene helped her husband with his seed corn dealer business.  Her family was most important to her.  She loved preparing meals for everyone and was famous for her apple bars and Lefse.  Algene held offices in ALCW while attending St. Olaf and English Lutheran Church.  She was also a Sunday school teacher.  She was also a member of the Walnut Grove American Legion Auxiliary.  She enjoyed reading, sewing and making clothes, traveling and meeting new people.  Algene also enjoyed working on projects in the community and watching softball and basketball games.