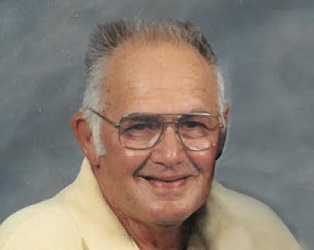 Alden S. Jackson, age 86 of Redwood Falls, passed away Thursday, December 9, 2021 at his home. Mass of Christian Burial will be held at 1:00 p.m. Tuesday, December 14, 2021 at St. Catherine’s Catholic Church in Redwood Falls. Visitation will be held one hour prior to the service at church. Burial is in St. Catherine’s Catholic Cemetery in Redwood Falls. Online condolences may be sent at www.stephensfuneralservice.com.  Stephens Funeral Service – Redwood Valley Funeral Home is assisting the family with arrangements.

Alden Sheridan Jackson was born April 27, 1935 in Lake Elizabeth Township near Atwater, Minnesota to Sheridan and Alice (Bengtson) Jackson. On December 26, 1955, Alden married Ann Casey in Darwin, MN. After the wedding, the couple lived in Kandiyohi, Willmar, Eden Valley, Renville, Montevideo, and in 1969 they settled in Redwood Falls. Alden worked for many years as the manager for Allied Chemical which was later known as Tex Gas and Lakes Gas. Together, Alden and Ann wintered in Alamo, Texas for nearly 20 years. They enjoyed going fishing, and riding motorcycle – visiting nearly every state on two wheels. In their later years, they enjoyed rides on their Can-Am Spyder.