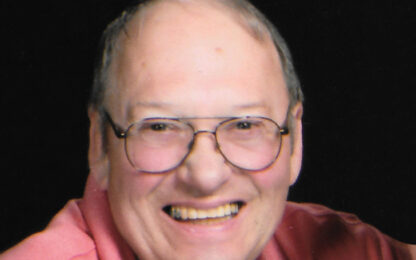 Alan Lee Palmer was born December 18, 1945 to James and Valeria (Kuehl) Palmer in Fairmont, Minnesota.  He graduated from Huntley High School in 1963.  From 1966-1968, Alan enlisted in US Army, where he served as a cook and driver in the Vietnam War.  After his honorable discharge, he farmed in rural Ormsby, Minnesota while also working at the Ormsby Elevator.  On August 29, 1970, Alan married the love of his life Lois Neumann at St. Matthew’s Lutheran Church in Wabasso.  In 1977, the family moved to rural Wabasso where Alan farmed until retirement.  In 2014, Alan and Lois moved to Redwood Falls.  Alan enjoyed cooking and livestock and crop farming.   You could often find him in the garden or tinkering in the garage.  He loved to go fishing and camping.