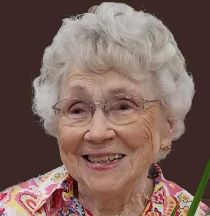 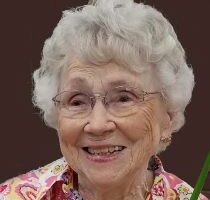 Service will be held at the St. Thomas Oratory on Thursday at 11:00 am.

The clergy will be Father Phil Schotzko. Interment will be at the Sanborn City Cemetery.

Agnes Wolf was born on May 4, 1922, to Alfred and Cecilia (Kolb) Neeb on the farm south of Sanborn. She attended country school near Sanborn and then worked as a hired girl and helped at her family’s home. On September 16, 1941, she was united in marriage to Henry Wolf at St. Thomas Catholic Church in Sanborn. She loved working side by side Henry on the family farm. In 1967, she started to work at Central Publications in Sanborn. Henry died in 1996 and in 1997 Agnes moved to her home in Springfield. She was a 4-H leader, a member of St. Thomas Catholic Church and later St. Raphael’s Catholic Church, and a Red Hat Society member. Agnes volunteered many hours doing hair for the residents at St. John Lutheran Home and was also a hospice volunteer. Agnes enjoyed traveling and traveled to Guatemala to volunteer as well. She loved her flower garden, baking bread which won at the state fair, and always had everyone’s favorite baked goods on hand when they visited. Agnes was known for being a perfectionist, everything needed to be just right especially her baked goods and sewing. She was a great hostess and loved to have her family and friends to her home.