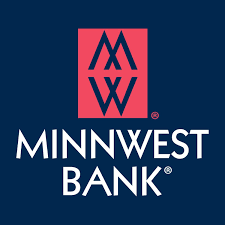 Two southwest Minnesota area banks, one of them in Redwood Falls, announced a merger on Thursday. Minnwest Bank and Roundbank announced on Aug. 11 the signing of an agreement to merge.  Completion of the transaction, which is currently expected to occur by the end of 2021, is contingent upon regulatory approval.

Douglas Karsky, President of Minnwest Bank, stated, “Merging Minnwest Bank with Roundbank presents an exciting opportunity for Minnwest to expand its geographic footprint and customer reach, as well as become more sophisticated with our mortgage and consumer lending services. Not only are there business benefits to merging, but there are synergies between Roundbank and Minnwest culturally as well. Through this process, our ultimate goal is to make this transition as smooth and as transparent as possible to staff and customers.”