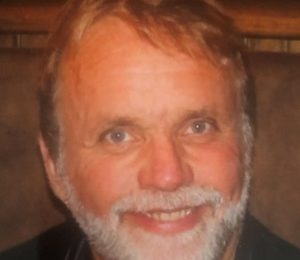 His Mass of Christian Burial will be 11 a.m. Tuesday, August 11, at the Church of Our Lady of the Lakes in Spicer.  Interment will be in the church cemetery.  Visitation will be 5-7 p.m. Monday, August 10, at the church and will continue one hour prior to Mass on Tuesday.  In lieu of flowers, memorials are preferred.  Arrangements are with Johnson Funeral Home in New London.

Michael Charles Rieke was born September 27, 1956, in Sleepy Eye, Minnesota, the son of Lester and Lucille (Lammers) Rieke.  He grew up in the Morgan area and graduated from Morgan High School 1975.  After his father’s death when Mike was 13, he began farming with his neighbor and later took over the family farm.  On February 25, 1984, he married Brenda Platt at St. Mary’s Catholic Church in Worthington.  They lived and farmed for many years in the Morgan area, where they raised their three children: Ben, Stacy and John.  In 2017, Mike retired from farming and in April 2020 they moved to their home on Diamond Lake near Atwater.

Mike was a longtime member of St. Michael’s Catholic Church in Morgan, where he served as an usher and was active with Knights of Columbus.  He enjoyed helping with church dinners and KC fish fries.  He loved racing and could often be heard telling others to “drive fast.”  Mike enjoyed racing sprint cars, go-carts, slot cars and snowmobiles.  He also enjoyed tinkering, spending time outdoors, family vacations, boating and fishing on the lake, and his pets.   He loved socializing with friends and family and looked forward to happy hour with them.  His greatest love was his family  and spending time with  his grandchildren.  He had a very special bond with his daughter, Stacy.

He is survived by his wife: Brenda of Atwater; three children: Ben (and Roxanne) Rieke of Marshall, Stacy Rieke of Marshall, and John Rieke of Alexandria; two grandchildren: Camie and Pacey; his siblings: Alan Rieke (and Mauricio), Linda (and Dan) Turbes, Becky (and Doug) Sell, and Katie (and Glenn) Seifert; and a sister-in-law: Eileen Rieke.  Also surviving are Brenda’s parents: Eugene and Marlene Platt; and her siblings: Shelly (and Dan) Hartog, Carol (and Lenny) Kruger,and  Lori Gross; and other relatives and friends.

Mike  was preceded in death by his parents; and a brother: Bruce Rieke.