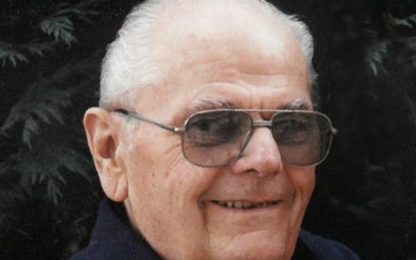 Menno Buller, age 93 of Redwood Falls, passed away Monday, September 28, 2020 at Carris Health – Redwood Hospital in Redwood Falls.  Private family services will be held at a later date. Interment will be in the Crestlawn Memorial Gardens in Redwood Falls.  Online condolences may be sent at www.stephensfuneralservice.com.  Stephens Funeral Service – Redwood Valley Funeral Home is assisting the family with arrangements.

Menno Laverne Buller was born March 14, 1927 to Henry and Marie (Boldt) Buller in Mountain Lake, Minnesota.  He was baptized and confirmed at Bethel Mennonite Church in Mountain Lake.  Menno attended Mountain Lake Public Schools, but left school to proudly serve in the U.S. Navy during WWII.  After the war, he resumed his schooling and graduated from Mountain Lake High School.  Menno met the love of his life, “beauty Rose” Rose Peterson and they eloped on August 31, 1948.  Together the couple lived in Mountain Lake and Glencoe, where Menno worked as an electrician.  Lastly the couple moved to Redwood Falls in 1954, where they operated Menn-Rose Homes, which later became Eastwood Estates.  Menno was the best brother growing up and was very active in his church. He loved traveling and knew how to celebrate life every day.  He enjoyed wood working, making figurines, doing crossword puzzles, and journaling. Menno loved spending time and visiting with his family, especially his grandchildren and great grandchildren.