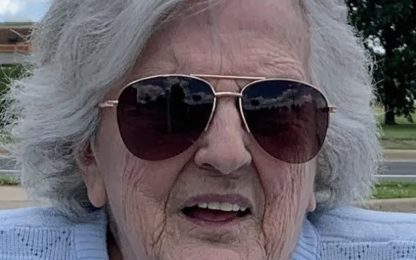 Mary Louise (Wildmen) Polfus was born on June 20, 1934 in Elizabeth, New Jersey. She attended Catholic school and graduated in 1950 at the age of 16. After she graduated high school, she took some classes to become a draftswoman which gave her various opportunities across the United States. She lived in Pennsylvania, Illinois, and eventually settled in Minnesota in 1981. Mary was united in marriage to Robert Polfus in 1973 and they were blessed with two children, Gary and Robert. Mary enjoyed camping, traveling, and going antiquing. She had an immeasurable love for her family and adored the time they were able to spend together. Her beloved dog, Honey, was her faithful companion, bringing much joy to her life. Mary will be remembered for being kind, loving, and always seeing the good in every situation and in those around her.

Mary is survived by her son, Robert Polfus Jr.; former husband, Robert Polfus Sr.; granddaughter, Sara Polfus; grandson, Gavin Polfus; and her beloved dog, Honey. Mary was preceded in death by her parents; her son, Gary Polfus; her two sisters, Gladys and Virginia; and her two brothers, John and Tommy.