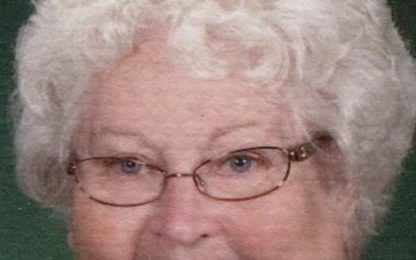 Marlys Ann Tersteeg was born March 24, 1930 in Willmar, Minnesota to Gerard and Laura (Oslund) Poseley.  She grew up in Bird Island and graduated from St. Mary’s High School.  Marlys married Jim Tersteeg on October 2, 1956 in Bird Island.  She was a dedicated housewife raising seven children and enjoyed every minute of it.  Marlys enjoyed sewing including her children’s clothes, reading, and doing crossword puzzles.  Marlys was a faithful member of St. Mary’s Catholic Church in Bird Island where she was also active in the CCW in earlier years.