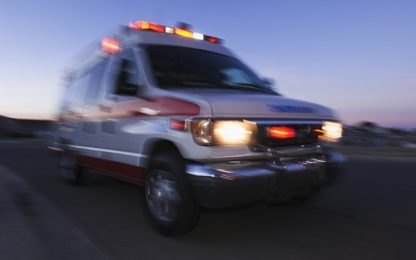 A victim was stabbed in Redwood Falls Wednesday evening.

On June 9, at about 7:54 p.m., Redwood Falls Police officers were dispatched to 109 Driftwood Lane on a report of a fight between several people in the front yard. Reportedly, one person had been stabbed.

The first officer on scene observed two males fleeing the area on foot. They were caught; it was later determined they had fled because they were underage and had been drinking alcohol. The stabbing victim was found a short time later on Edgewood Drive, and transported to Carris Health Redwood for treatment.

Afterward, Jose Ismael Silverio of Willmar, Demetri William Means of Redwood Falls, and a juvenile from Morton were cited for underage consumption.

Assisting at the scene was the Redwood County Sheriff‘s Department and Centra Care Ambulance. This incident remains under investigation. If anyone witnessed, or has information related to this incident, please call the Redwood Falls Police Department at 507–637–4005.