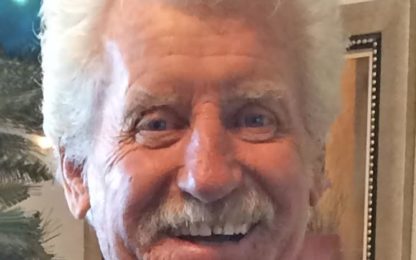 Lynn Beebout, age 73 of Milroy, passed away Sunday, December 6th, 2020 at the VA Medical Center in Sioux Falls, SD.  Due to Covid no service will be held.  We know your thoughts and prayers are with us. Online condolences may be sent at www.stephensfuneralservice.com.  Stephens Funeral Service – Tracy Area Funeral Home is assisting the family with arrangements.

Lynn Beebout was born to Cleve and Muriel Beebout in 1947.  He graduated Milroy Public School in 1965 and furthered his education at Worthington Junior College. Lynn was a Vietnam Veteran, serving our country in the Army from 1968-1970 in the 101st Airborne. On December 8, 1973, Lynn and Deb (Stolp) were united in marriage.  They have lived and farmed in the Milroy area their whole life.  Lynn enjoyed farming, watching boxing and Nascar, but most of all spending time with family and telling tales to his grandchildren.

He is survived by his wife Deb; son Lance and Melani of Alexandria; daughter Chancy and Danny Moore of Saint Johns, FL; grandchildren: Mason, Brooklyn, & Erica Beebout and Brighton Moore; and brother Ron of Milroy.  He is preceded in death by his parents and siblings: Doug, Jackie, Peggy, Patty, and Jolene.