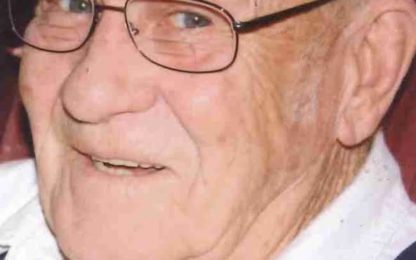 Service will be held at the St. Raphael Catholic Church in Springfield on Monday at 10:30 am.

The clergy will be Father Garrett Ahlers. Interment will be at the St. Raphael Catholic Cemetery.

Arrangements are with the Sturm Funeral Home in Springfield. Online condolences may be left for the family at www.sturmfh.com.

Leo was born on October 19, 1932, to Frank and Cecilia (Vogel) Lang in Springfield, MN. He lived his entire life in Springfield where he attended country school and St. Raphael’s Catholic School. From 1951 to 1952 Leo served in the Army during the Korean Conflict. He married Margaret Meyer on November 17, 1953. He farmed southwest of Springfield then became co-owner of Hornick and Lang Farm Supply and then owner of Lang’s Sanitation. For over 20 years, Leo then worked as the maintenance custodian at St. Raphael’s Catholic School and Church. Leo drove school bus for 55 years and also worked at Lang’s Meat Market. He enjoyed playing cards, especially Sheephead, camping, fishing and water sports, listening to old time music, fix-it projects, having coffee at the local coffee shops, and spending time with his family especially their vacations to the lake. Leo served as a volunteer fireman for 20 years, usher at St. Raphael’s Catholic Church where he was a member, and was a legion member since 1953.

He is survived by his children- Patrick (Kim) Lang of Spicer, MN, Mary (John) Maas of Sleepy Eye, Suzanne (Ron) Trebesch of Sleepy Eye, Frederick ‘Fritz’ (Karen) Lang of Springfield, and Christopher Lang of Springfield; 10 grandchildren; 12 great-grandchildren; sister-in-law Mary Lou Lang; and many nieces and nephews. Leo was preceded in death by his parents; wife Margaret in 2017; and brothers – Joseph, Frank, and Raymond.