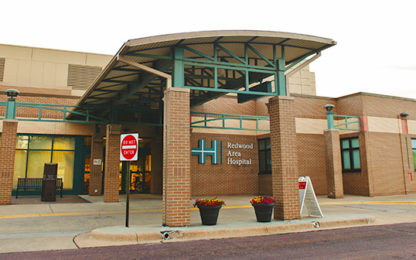 Yesterday on KLGR we reported that Bryan Lydick, the administrator of Carris Health – Redwood since 2012, would be moving onward and upward in the Carris Health organization in about a month.

On Monday, KLGR’s Joshua Dixon spoke with Lydick about how he will continue to be supervising the local health care facility at a higher level in Carris Health, and he gave us an update about how construction is going on the new hospital and clinic being built on the southeastern edge of Redwood Falls.

Lydick also confirmed two new family practice physicians will be coming to Redwood Falls in the next several months: