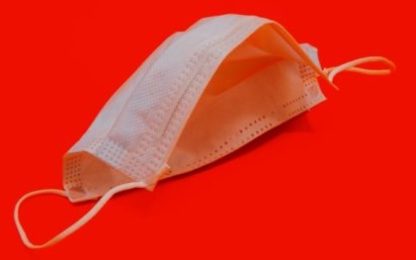 Governor Walz’ mask mandate went into effect on Saturday, but it still appears it will be up to local businesses to enforce it.

On Friday, Redwood Falls Police Chief Jason Cotner stated Walz’s executive order, “…requires businesses to implement and enforce the mandate.  As such, if a patron were to call (the Redwood Falls Police Department ) to report another patron in a store is not wearing a mask, they will be directed to speak with a store employee to address that situation.  However, if the store calls to report a person in their store refuses to comply with the governor’s order and/or their store policy, and they want them removed, RFPD will respond and treat the incident like a trespass call.”

Cotner continued, “The biggest problem with (the governor’s executive order) is it allows for several exemptions, including those with a health condition.  Under HIPPA a person’s health information is highly protected data so the ability to enforce (the order) is limited.  RFPD officers have been advised to encourage compliance over enforcement whenever possible.  However, to date, we have not received a complaint of someone not complying with the order.”

In Willmar, Police Chief Jim Felt says while disobeying the governor’s executive order is considered a petty misdemeanor, punishable by a fine of up to $100, his officers will not be patrolling the streets looking for violators.

Kandiyohi County Sheriff Eric Holien has made similar statements. Felt says the order does give stores the power to eject anyone who is violating the order. And Felt says if customers go into a business and see others not wearing masks, they can show their displeasure by shopping somewhere else, or call the Minnesota Department of Health and report them.

Citizens are advised not to shame or confront others who are not wearing a mask because people with certain medical conditions are exempt from the rule. The rule applies to all indoor public spaces, including churches, and outdoor gatherings where social distancing is not possible.