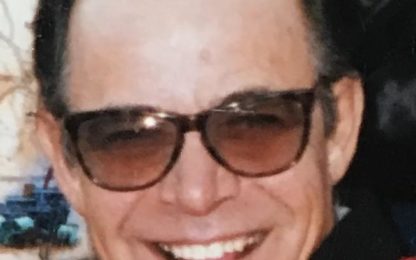 The clergy will be Pastor Julie Smith. Interment will be at the Springfield City Cemetery in Springfield, Minnesota.

Arrangements are with the Sturm Funeral Home in Springfield, Minnesota. Online condolences may be left for the family at www.sturmfh.com.

Keith Richard Bast was born in Springfield, Minnesota on December 13, 1942 to Richard and Arleen (Schwartz) Bast. He died on Thursday, August 20, 2020 at the age of 77 years old.
Keith was a 1960 graduate of Springfield High School. After graduation he completed Army Reserve basic training at Fort Sam Houston, Texas. He started farming, drove cattle truck for his uncle, Melvin Krueger, and also drove a school bus route. On November 10, 1962 he married Frances Wildman at St. Paul’s Lutheran Church in Springfield and they raised three children on the farm. In 1986 he and Fran left farming and relocated to Mesa, Arizona, where he first worked as a security guard for Anderson Companies and then as the maintenance supervisor for Silveridge RV Resort in Mesa, Arizona, where they lived. He and Fran also ran their own business performing maintenance and summer care for park model owners. Keith built a reputation of being able to not only fix or install just about anything, but of being honest and fair-priced with his many customers. He was always available to help a park resident out with an emergency repair day or night. He also became interested in building and flying R/C airplanes and greatly enjoyed going out into the desert to fly planes with other flying enthusiasts. Although he no longer actively farmed, he continued to return at harvest to assist as needed.
After Keith retired as maintenance supervisor for Silveridge RV Resort, he and Fran traveled throughout the United States and into Canada. Their travels included a two-month trip to Alaska in 2011 which was a major highlight for them. In 2012 they decided to relocate back to Minnesota, bought a home in Springfield, and Keith helped his brother Kelvin and nephew Kurt with farm work as much as his health would allow.
Keith enjoyed playing cards, traveling, working on the farm, spending time with friends and family, watching the birds and squirrels at the feeders he built, listening to country music, and watching his favorite TV programs.
He is survived by his wife Fran, daughters Christi May and Dianna (Bob) Nafe, 6 grandchildren, 6 great-grandchildren, brother Kelvin (Char), and several nephews and nieces. He was preceded in death by his parents, his youngest daughter, Susanne, and his brother, Kenneth.