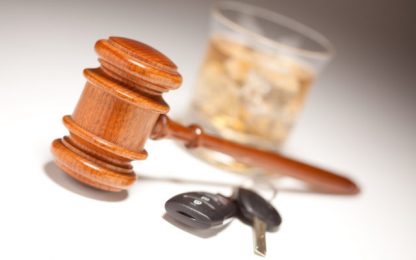 A Redwood County District Court jury found a Wood Lake man guilty of one count of  Driving While Impaired in the Second Degree, County Attorney Jenna Peterson announced  Friday.  Richard Thomas Knutson, 68, was found guilty for driving while imparted in the second  degree when he refused to provide a breath sample.

According to the criminal complaint and testimony at trial, the Redwood County  Sheriff’s Office observed Knutson cross over the centerline while driving near the intersection of  County Road 2 and US Highway 71 at approximately 2 a.m. on November 16, 2019. Deputies  initiated a traffic stop and observed Knutson to have watery eyes and an odor of alcohol emitting  from his person. Knutson informed Deputies he had been at Jackpot Junction Casino all day and  “probably” had one alcoholic beverage. Knutson was asked to perform standardized field  sobriety tests and showed signs of impairment while completing the tests. Deputies located  multiple unopened beer cans and a water bottle containing a liquid that smelled of alcohol in his  vehicle. Knutson was arrested on suspicion of driving while impaired and transported to the Law  Enforcement Center. Once there he refused to submit to a Breath Test to determine if he was  under the influence of alcohol.

The jury deliberated for approximately an hour on Wednesday, April 14th, before  delivering the guilty verdict around 3:45 p.m.

Kelsie Kingstrom, Assistant Redwood County Attorney, who prosecuted the case, told  the jury in her closing argument, “the crime of refusing to take a breath test is very simple, either  you took the test, or you didn’t.”

Knutson will be sentenced May 17th at the Redwood County Courthouse.