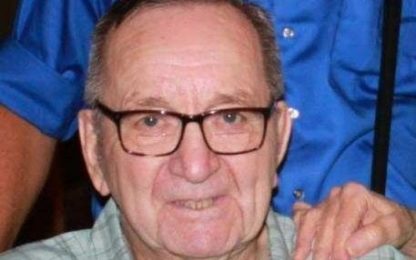 John Eugene Bach, age 85, of Renville, died Friday, January 1, 2021, at the RenVilla Nursing Home in Renville.  A private family service will be held on Wednesday, January 6, 2021, at First Lutheran Church in Renville.  The Rev. Jane Crawford will officiate.  Burial will be in Bethel Reformed Church Cemetery in Davis, South Dakota.  If you wish to send a card, please mail it to PO Box 562, Renville, MN 56284.  Arrangements are with Dirks-Blem Funeral Service, Renville, MN.

John Eugene Bach was born on June 12, 1935, in Arlington, South Dakota to Axel and Ebba (Christensen) Bach.  He grew up on a farm north of Badger, SD, and during his senior year in high school he and his family moved to Arlington.  John graduated from Arlington High School and then continued his education at South Dakota State University in Brookings, graduating with a degree in Agriculture and a Master’s Degree in counseling.  John was united in marriage to Hilda Smit on August 29, 1956, at Bethel Reformed Church in Davis. Following his education he taught Ag at Platte and Wessington Springs High School.  He later worked as a counselor for a South Dakota Employment service in Sioux Falls. He was a high school counsellor in Arlington and Renville. In 1969, John and Hilda moved to Renville and John worked as a counselor at the Renville High School.  He also sold insurance with the Farmer’s Magazine for a few years, and sold cookies and crackers for Sunshine, Inc for many years.  John had many hobbies over the years including raising Dutch rabbits, guppies, and collecting 1/64th miniature trucks.  He was a member of the Minnesota Dutch Rabbit Association, and was a rabbit judge at the county fair.  He was also a member of First Lutheran Church in Renville. John loved to attend auctions and his grandchildren’s sporting events.  He was an avid bird watcher, Timber Wolves fan, loved to travel, and share his knowledge of the State of South Dakota.