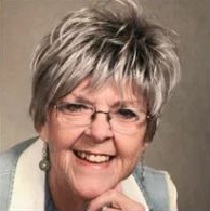 Private memorial services for Janet Mae (Zeise) Campbell, 75, of Burlington, Texas, will be held at a later date.

Janet Mae Campbell was born on May 12, 1945 in Redwood Falls, MN to Herbert Frederick and Beatrice Edna (Sandmann) Zeise. She grew up on the family farm and attended school in Redwood Falls, graduating in 1963. On May 28, 1968 she married LeRoy Campbell in Delphos, Kansas. She worked as a manager and bookkeeper as LeRoy worked different construction jobs in Kansas, Nebraska and Minnesota. In 1980 they moved to Sauk Centre, MN where they soon bought the Red Barn Resort and Campground. In 1992 they “retired” to Texas. After 5 weeks of retirement they began to work for the Wilder Corp. managing several different campgrounds in the Valley of Texas. After several years they retired again to Holly Lake Ranch in northern Texas. LeRoy passed away on February 3, 2012.

On December 31, 2017, Janet married Gene Klein of Burlington, Texas. Janet and Gene enjoyed many hours of polka dancing. They also worked together on Gene‘s ranch. Janet spent many hours gardening, canning and helping Gene with the many duties on his ranch. She was a hard worker and very proud of all she accomplished. She also enjoyed the companionship of her Yorkshire Terrier, MS Noney!

Janet passed away the afternoon of Friday, December 11, 2020 at her home in Burlington, Texas with her husband by her side.

She was preceded in death by her parents, Herbert and Beatrice Zeise; her first

Memorials may be made to the charity of one‘s choice.