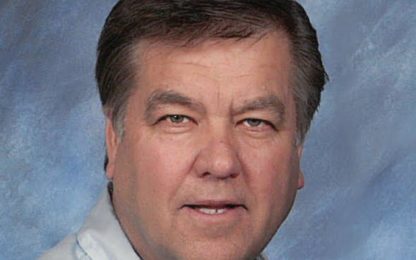 Jack Reck, age 72 of Redwood Falls, passed away Wednesday, December 2, 2020 at Carris Health – Redwood Hospital in Redwood Falls.  Private family services will be held with a live video feed at 10:30 a.m. Tuesday, December 8, 2020 at First United Methodist Church Redwood Falls YouTube Page.  Visitation will be 5:00-7:00 p.m. Monday at Redwood Valley Funeral Home in Redwood Falls. Due to the current Covid-19 restrictions, GUESTS WILL BE REQUIRED TO WEAR A MASK and practice social distancing guidelines. A 50% indoor occupancy restriction will be maintained. The church YouTube link may be found and online condolences may be sent at www.stephensfuneralservice.com.  Stephens Funeral Service – Redwood Valley Funeral Home is assisting the family with arrangements.

Jack Reck was born November 27, 1948 to Leonard and Maxine (Davis) Reck in Minneapolis, Minnesota.  He attended country school near North Redwood for six years and graduated from Redwood Falls High School in 1966.  Jack worked at Firestone and also helped his parents with their mail routes in the surrounding communities. On February 7, 1969, Jack married the love of his life Sandra Jans in Winthrop.  Jack was later drafted into the U.S. Army, where he was a tank mechanic, and received his honorable discharge in 1971. Jack and Sandi lived in Augusta, GA while Jack was in the service.  The couple lived in several communities before settling in Redwood Falls.  He helped his brother at Vern’s V& L Garage in Belview.  For over 30 years, Jack was an operator at the Redwood Falls Power Plant.  He enjoyed driving racecar and winning and working on the pit crews. You could often find him working on one of his many cars he would purchase.  He was a good friend and always helping others.  Jack’s family and friends would describe him as a caring and giving person.  He loved going to his grandsons sporting activities and spending time with his family.