Historical land expected to be transferred back to Lower Sioux Indian Community Feb. 12 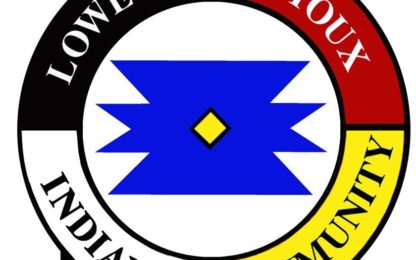 Lower Sioux Indian Community tribal leaders say that land with historical significance will be returned to the Community from the State of Minnesota and the Minnesota Historical Society.

According to Community Council President Robert Larsen, plans are being finalized for the land acquisition, with the closing date of the transfer expected on Feb. 12. The land includes MHS parcels at the site where the U.S. Dakota War of 1862 started, which eventually led to the the “largest single day, mass execution in U.S. History.”

“This transfer is of great historical significance,” the tribe said in a release. “The United States established the Lower Sioux Agency site in 1853 in response to the Mendota Treaty of 1851, between the Mdewankanton and Wahpekute bands of Dakota. In 1862, after a decade of United States’ unfulfilled treaty obligations, the Dakota raised arms fighting for enforcement of the treaties. Many lost their lives on both sides. On December 26, 1862, the United States imposed the largest mass execution in the history of the United States – 38 Dakota men were hung in Mankato, MN, for defending their people.”

Larsen says the tribe takes back the land with “mixed emotions” because the land was used by the federal government and traders in a way that took advantage of his people.

“But it is with a happy heart that we accept the return of our ancestral homelands on behalf of our ancestors who marched to Ft. Snelling, Davenport Iowa, Crow Creek, our relatives forced to scatter to the four winds, and those who gave their lives so we could live,” said Larsen. “The State did the right thing by supporting this transaction, through legislation and multi-agency support from MHS and the Department of Natural Resources – we accept this land back on behalf of all our Dakota relatives.”

The Lower Sioux Indian Community has been co-managing the MHS property since 2007 and Larsen says the Community has provided financial support and advice to sustain it.

“This land transfer is a milestone in our Nation,” said Cheyanne St. John, the Community’s Tribal Historic Preservation Officer. “The Lower Sioux Agency is the last place our Oceti Sakowin were gathered before being expelled from the State. Here we are generations later, reclaiming the land which holds the memory of who we were and our experiences. Now, it’s time to heal.”

A celebration will happen when it is safe to do so.