Cardinals Rally from 13 Down to beat Pipestone

The Redwood Valley boys basketball team rallied from a halftime deficit to beat Pipestone 68-64 Tuesday night at Redwood Valley High School. The Cardinals improved to 2-0 on the season and handed the Arrows their first loss of the season at 0-1. The Cafe by Country Kitchen Player of the Game was Alex Lang, who led the Cardinals with 19 points in the game. Up next is a game at RVHS against Jackson County Central on Thursday.

The Cardinals trailed 36-23 at the half, and they trailed by as many as 18 in the first half. But they quickly erased the deficit in the first 7 minutes of the second half en route to the win. 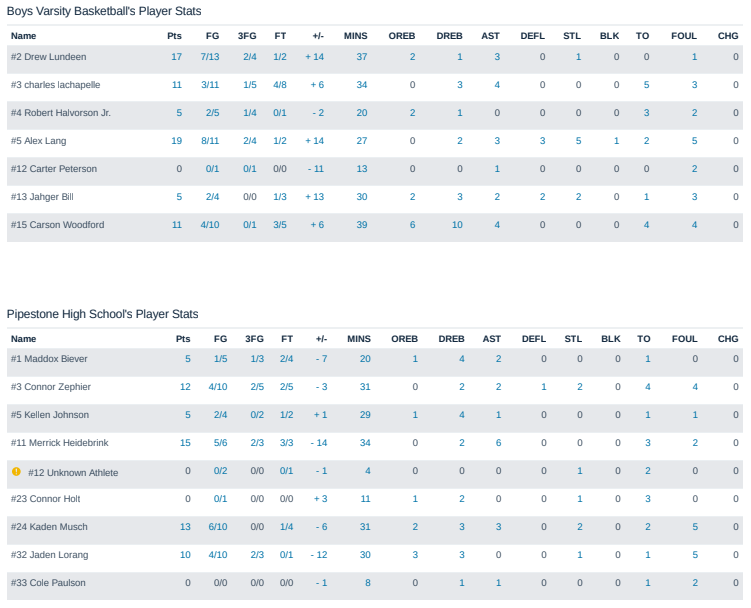