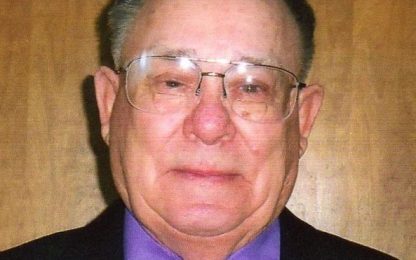 The funeral service for Harvey Busack, 91, of Echo, will be held at 3:00 p.m. on Monday, May 17, 2021 at Peace Lutheran Church in Echo. Visitation will take place one hour prior to the service at the church. Interment with military honors will follow the service at the Echo Cemetery. Mask and social distancing requirements will be observed at all indoor services. A recording of the service will be available later at www.sunsetfuneralassociation.com.

Harvey Wilfred Busack was born on the family farm in Echo Township on March 29, 1930, to Paul and Bertha (Werner) Busack. He grew up on the farm and attended country school through the eighth grade. Harvey graduated from Echo High School in 1948. Harvey served as a Sargent in the US Army 89th Tank Brigade in Korea from 1951 until his honorable discharge in 1953. On December 17, 1955, Harvey was united in marriage to Jean Samuelson at Our Savior’s Lutheran Church in Sacred Heart. Harvey farmed near Echo and sold Pioneer Seed. The couple moved into Echo in 2010.

Harvey enjoyed fishing, hunting, golfing, playing cards, and dancing. He and Jean spent 19 winters in Mesa, AZ. He especially enjoyed time spent with family. Harvey served on the Echo Elevator Board and the Peace Lutheran Church Council. He was also a member of the Echo American Legion Post 204.