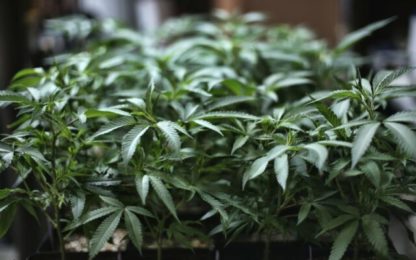 With more and more states legalizing recreational marijuana (including Minnesota’s neighbors to the west in South Dakota),  the U.S. House of Representatives voted last week to decriminalize marijuana at a federal level.

The bill passed largely along party lines, with 222 Democrats and five Republicans voting for the legislation.  Minnesotap Rep Jim Hagedorn was one of the 158 Republicans who voted against the bill, along with six Democrats.

“Legalizing marijuana is not in the best interests of the American people,” Hagedorn said in a statement following his “no” vote.  The congressman went on to say that based on discussion with law enforcement and drug treatment officials, it was “widely understood that legalizing marijuana greatly contributes to lawlessness, drug addiction, family breakups, and loss of economic output.”

The congressman also called marijuana a “gateway drug” that leads to the use of methamphetamines, cocaine, LSD, and heroin.

The MORE Act would remove marijuana from the controlled substances list, and eliminate criminal penalties for sales, distribution, and possession of the plant.

The bill will move forward to the Senate, where it is not expected to gain traction for a vote.