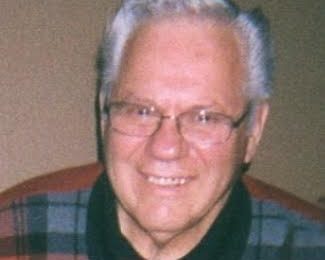 A walk-through visitation for Gordon Geistfeld, 81, of Cottonwood, will take place from 9:30 until 10:30 a.m. on Saturday, December 26, 2020, at Sunset Funeral Home in Echo. A private family funeral service will take place later at the Echo Alliance Church, with interment to follow at the Cottonwood Cemetery. A recording of the service may be found at www.sunsetfuneralassociation.com.

Gordon Dennis Geistfeld was born in Clarkfield, on August 2, 1939, to Harold and Lenore (Fenske) Geistfeld.  They attended St. Luke’s Lutheran Church, Posen Township, where Gordy attended his first eight grades of school.  His freshman and sophomore years were spent at Wood Lake High School.  He then transferred to Morris, for his junior and senior years at the campus of West Central School of Agriculture, where he graduated in 1957.  After returning home, he farmed with his parents. In 1961, he married LaVila Warnke at the English Lutheran Church in Cottonwood. To this union four children were born: Angela (Jeff) Raddatz of Kenosha, WI, Gary (Ann) of Wood Lake, Corey (Michelle) of Wood Lake, and Janna Geistfeld of Cottonwood. Gordy always had a special love for dairy cattle, and in 1962 he purchased his first registered Holstein cow.  Thus began a 32 year grade “A Dairy Farm” with the registration name of “Vigor-Farm” – Vi-Gordy and family. This dairy herd produced many outstanding cattle and was recognized as top producers in the county.  Several were awarded winning show cattle in Minnesota and surrounding states.  Gordy was a director on the MN state “Dairy Herd Improvement Association” board for many years. His family, friends, and neighbors, need to be acknowledged for the help it takes to operate a successful dairy.

After leaving the dairy business, Gordy worked at Hoffco in Wood Lake and from there moved on to selling aerial photography with “Sky View” out of Castlewood, SD, in six states.  In 1993 he started working for “American Fan Trams” out of Dallas, TX. He drove for professional sporting events from coast to coast, including Daytona, Pebble Beach, Portland, Boston, and many events in between.  Six years brought him to every state in the lower 48.  After this adventure he worked at Running’s in Marshall driving semi, which started him on a whole new adventure.  He worked for several trucking firms in the area, eventually buying is own trucks and hauling grain for local elevators.

Gordy was an avid bowler. He and Vi were on three leagues, enjoying nights out with friends.

Because of his love of travel many family trips were taken: in the U.S., to California, Arizona, Washington D.C., Maryland, Texas, Wisconsin, Kansas, and annual trips to the Medora, North Dakota area; and two trips to Bermuda, staying at the U.S. Naval station there with his brother Ken.  But his most enjoyable trips were the three mission trips to the country of Chile. Working and learning with the people there, studying and teaching God’s word were times never to be forgotten.  In July of 2018 Gordy suffered a severe stroke, paralyzing his left side.  He lived at the Minneota Manor for two years before moving to the Granite Falls Care Center in September of 2020.  Just having one working hand and arm never stopped him from writing and studying God’s word, handing out periodicals each week, and sharing the Good News of Jesus Christ with residents at the nursing home and with family and friends.

Gordy died peacefully in his sleep on December 21, 2020, at the Avera Granite Falls Care Center, longing to meet his Savior, Jesus Christ, face to face and be with family and friends who have gone on before.  Preceding him in death are his parents, grandparents Henry and Lena Geistfeld, Ludwig and Bertha Fenske, sister Janice Geistfeld, all of his aunts and uncles, several cousins and many friends.