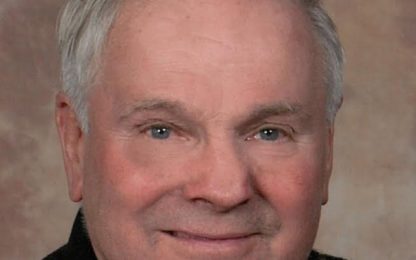 Gary was born on November 23, 1940, on the family farm near Bechyn, in Henryville Township, Renville County, Minnesota, to Leo Michael and Alvina Amy Ahrens Goblirsch. He attended District #27 Country School near Bechyn, and graduated from Olivia High School in 1958. Gary married Sandra Kay Lothert in 1960.  They had a son, Scott, and Sandra passed away in 1969. In 1970, Gary married Sandra Kay Palmer and their daughter, Kelly, was born in 1972.  Sandra died in 1995. Gary married Jeanne Marie Paulsen Kodet in 1996.  Jeanne died in 2013. In addition to farming since 1975, Gary was a Master Electrician, who owned and operated “Gary’s Electric” in Redwood Falls. He continued to actively work and farm until his death.

Gary enjoyed going to the lake, attending farm and toy auctions, tinkering in his shop, and watching westerns and his favorite TV shows: CHIPS; Gunsmoke; Bonanza; and Walker, Texas Ranger.

Arrangements were with Nelson-Hillestad Funeral and Cremation Service of Redwood Falls. E-mail condolences can be sent to:  www.nelson-hillestad.com