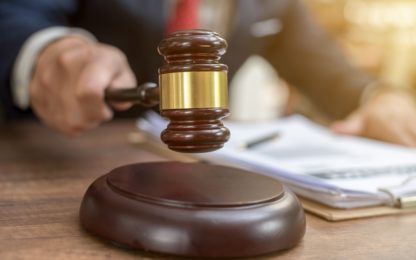 A St. Paul man was sentenced in Redwood County District Court last week for a drug-related offense, with a flipping license plate on his car being noted as part of the evidence.

On August 1 of last year, a Redwood Falls police officer observed a vehicle with no front license plate. The officer stopped the vehicle, noting the rear license plate as he approached. The driver, Seng Yang, age 43, of St. Paul, stated he did not have a drivers license, and that he had just purchased the vehicle. Yang also stated he was driving from a casino in South Dakota, that he was driving from a casino in Mankato, and that a passenger in another seat was actually driving the car when the officer had stopped it.

When the officer asked if he could examine the vehicle, Yang stated he had recently used marijuana and methamphetimine, and confirmed there was drug paraphernalia in the vehicle. The officer also located three catalytic converters with recent cut-marks in the vehicle, along with power tools for removing them.

On July 21, Yang was sentenced for a controlled substance crime in the fifth degree, and sentenced to 17 months in the correctional facility in St. Cloud, stayed for three years. He was also sentenced to 60 days in the Redwood County jail, with credit for 56 days served, and three years supervised probation.