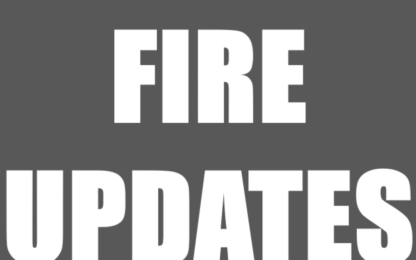 Everyone, including all the pets, survived when two homes caught fire in Granite Falls Tuesday morning.

Responding officers found the west side of the residence engulfed in flames, as was the east side of the adjacent home at 1578 9th Ave.  All of the human occupants of the 1560 9th Avenue address were out of the house and accounted for, however some family pets had to be left behind during the evacuation. The adjacent home was searched by law enforcement and found to be unoccupied.

Fire crews were able to extinguish the flames quickly, and were also able to rescue all the stranded family pets out of the one home, which included three dogs, two cats, and a lizard.  The fire appears to have originated in the garage at 1560 9th Avenue and the cause of the fire is under investigation.