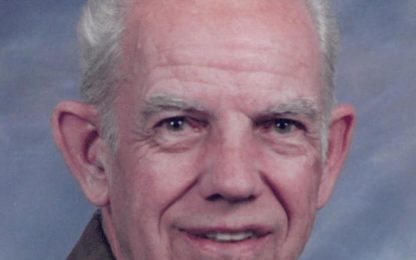 Eugene “Gene” Dressen, age 91 of Redwood Falls, passed away Monday, February 3, 2020 at Garnette Gardens in Redwood Falls. Mass of Christian Burial will be held at 11:00 a.m. Thursday, February 6 at St. Catherine’s Catholic Church in Redwood Falls. Visitation will be one hour prior to the service at church on Thursday. Interment will be in the Redwood Falls Cemetery. Online condolences may be sent at www.stephensfuneralservice.com. Stephens Funeral Service – Redwood Valley Funeral Home is assisting the family with arrangements.

Eugene Daniel Dressen was born in Tyler, Minnesota on March 29, 1928 to Anthony and Inez (Wenzin) Dressen. After graduating from high school, Gene enlisted and served in the U.S. Marines from 1946 to 1947 and was called back to serve in the Air Force from 1950 to 1954. After being discharged from the service, he moved to Clements and soon after Redwood Falls. On August 6, 1956, he was united in marriage to Sylvia Christensen in Redwood Falls. They lived in Redwood Falls their entire lives. Gene worked at Lee’s Electric and later Brandt Electric, until his retirement in 1990. He was a proud member of the IBEW (International Brotherhood of Electrical Workers) union. Gene and Sylvia enjoyed winter trips to Panama City, Florida and summers at their lake home on Lake Norway. In 2011, Gene and Sylvia moved to Garnette Gardens in Redwood Falls. Sylvia passed away on February 7, 2012.